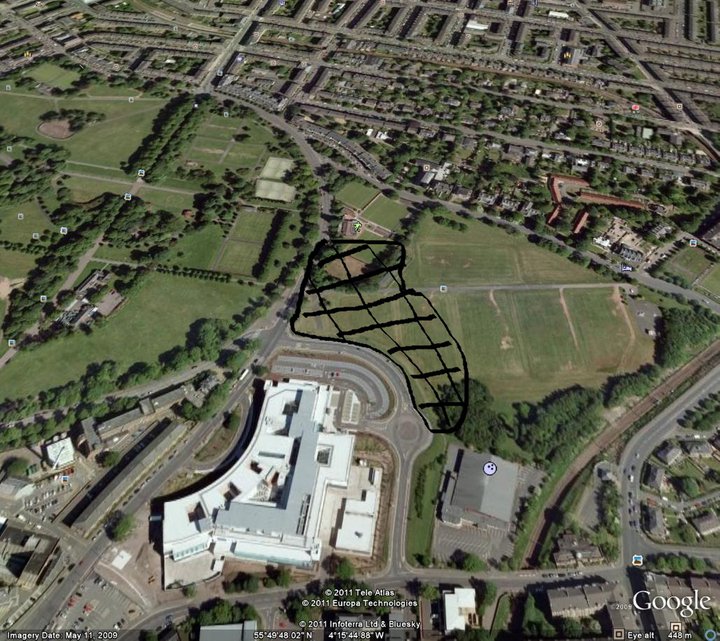 It has been brought to our attention that part of the Queen’s Park recreation ground is the City Council’s preferred site for a large residential facility for elderly people. This decision has been made with out consulting the community or the community councils. It is our understanding that the local elected members were only made aware of this plan recently.
It is also our understanding that at least one community council have already objected in writing to the council regarding the proposal on the following grounds.
1. Whereas the sites preferred in other parts of the city are brown field, the site selected here is not only a green field site, but an intrinsic part of Queen’s Park which is Common Good land according to the current definitions employed by the legal team within Land and Environmental Services. We see no evidence that brownfield sites on the south side, such as the sites of schools scheduled for closure, have been considered.
2. This area of Glasgow is one of the most densely built up areas with narrow tenemented streets and with the few recreational facilities or green space other than Queen’s Park, according to the City’s own ward analyses. The Park and recreation ground therefore represent an exceptionally important facility. The recreation ground, though not well maintained, is frequently used by young people from Crosshill/Govanhill and other parts of the area for football and cricket. There are few flat and suitable areas in Queens Park for this type of activity. Part of it is on the long lease, far from expired, to the Queens Park Bowling club.
3. The site selected cuts across and blocks a major and much used path /right of way crossing the Recreation Ground to Queens Park and Battlefield and Langside. In particular it is used by children to and from Holyrood School.
4. The whole of the recreation ground area is used by the Southside Festival, perforce displaced there as a result of the mine workings affecting the safety for mass use of other parts of Queen’s Park. Its immediate proximity to the Park enables easy linkage between events in the Park and Glasshouses and the recreation ground.
5. Further encroachment on this area will damage the viability and usefulness of the rest of the space and suggests a cavalier attitude to its parks and open spaces by a City Council which claims to wish to encourage community cohesion, healthy lifestyles and opportunities for young people.
Up-date……..
We’ll be posting an up-date shortly, once we have received further information on the proposals and what the local community can do about the plans.  Have a look at http://www.writetothem.com/ which gives details on how to contact your local councillors.
http://southsidehappenings.blogspot.com/

You may have missed

Event Discussion on the commercialisation of city parks